“Should any American soldier be so base and infamous as to injure any [prisoner]. . . I do most earnestly enjoin you to bring him to such severe and exemplary punishment as the enormity of the crime may require. Should it extend to death itself, it will not be disproportional to its guilt at such a time and in such a cause… for by such conduct they bring shame, disgrace and ruin to themselves and their country.” – George Washington, charge to the Northern Expeditionary Force, Sept. 14, 1775

In my most recent interview of The Other Scott Horton (no relation), the heroic anti-torture human rights attorney, Columbia lecturer and author of the indispensable blog “No Comment” at Harper’s magazine, we discussed the prisoner of war policies of General George Washington, Commander of the Continental Army, and an incident after the Battle of Trenton, New Jersey on December 26, 1776. 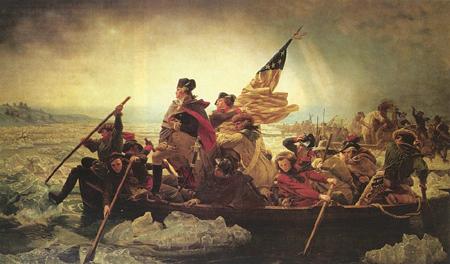 It seems that after the battle, the Continentals were preparing to run some of the British Empire’s German mercenaries through what they called the “gauntlet.” General Washington discovered this and intervened. As Horton explained in the Huffington Post, Washington then issued an order to his troops regarding prisoners of war:

“‘Treat them with humanity, and let them have no reason to complain of our copying the brutal example of the British Army in their treatment of our unfortunate brethren who have fallen into their hands,’ he wrote. In all respects the prisoners were to be treated no worse than American soldiers; and in some respects, better. Through this approach, Washington sought to shame his British adversaries, and to demonstrate the moral superiority of the American cause.”

In the worst of times â€“ when foreign troops literally occupied American soil, torturing and murdering American patriots â€“ and few believed that the cause of the revolution could ultimately win against the might of the British Empire, the first Commander in Chief of the U.S.A. set the precedent that this society is to lead even our enemies by “benignant sympathy of [our] example.” To win the war against the occupying army of Redcoats, the American revolutionaries needed right on their side.

And it worked. Many of the German Hessians in fact joined the revolutionaries in their fight against the English and stayed here in America to be free when the war was won.

Must we abandon this legacy? Is it already too late to reclaim it?

49 thoughts on “George Washington: No Torture on My Watch”