Last week, the Federation of American Scientists released “Upsetting the Reset: The Technical Basis of Russian Concern Over NATO Missile Defense” [.pdf]. The introduction includes a recurring theme of the Bush-Obama years:

In September 2009, the Obama administration discarded its predecessor’s European missile defense initiative that called for powerful ground-based interceptors (GBIs) in Poland with a large radar site in the Czech Republic. … Some Russian critics characterized them as threatening because they could potentially be re-engineered to be offensive nuclear-tipped missiles. 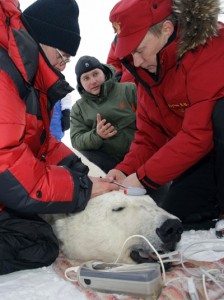 The shelving of the original plan was initially greeted with much optimism as it was seen as the first step in “resetting” bilateral relations with Russia, which had suffered under the George W. Bush administration. It allowed the discussions of New START to get off the ground and cleared the way for greater cooperation on areas of common concern, such as addressing the possible military dimension of the Iranian nuclear program.

Over the last two years – as details and analysis of the PAA plan have emerged – Russian officials have voiced increasing concern about its scope and implications for Russia’s strategic deterrent forces.

How dare they! With popular villain big bad Vlad on his way back to the Kremlin, expect a surge in stories about Russian paranoia and expansionism.

One thought on “Upsetting the Reset”