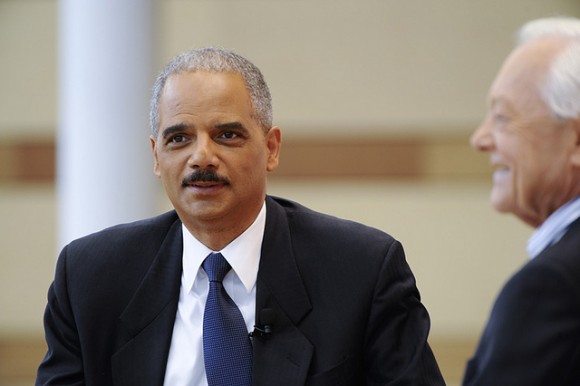 Via NPR, Holder said yesterday in a news conference that he’s not sure how many times he’s signed off on Justice Department requests to spy on journalists:

“I’m not sure how many of those cases…I have actually signed off on,” Holder said. “I take them very seriously. I know that I have refused to sign a few [and] pushed a few back for modifications.

Could he give a ballpark? Could he even vaguely reassure reporters that it is a very rare occurrence? No, all he can manage to say is he has nixed “a few” efforts to spy on journalists.

It’s hard not to suspect that the Justice Department’s snooping on journalists from the Associated Press is far more common than anyone has so far suggested. In this latest case, they just had the misfortunate of getting caught.

Wiretaps on journalists are a consequence of nat sec state: the more we meddle overseas, the more secrets we keep and the more we fear leaks