Just because the whole world seems to be talking about closing Guantanamo Bay prison — not to mention the President of the United States — doesn’t mean it’s going to happen any time soon. Not if congressional Republicans have anything to do with it. 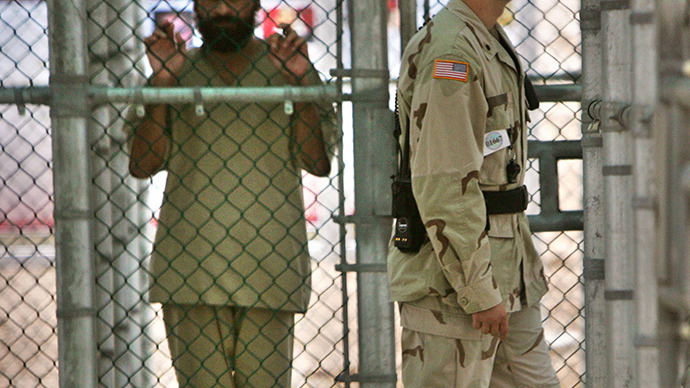 Distracted by the flurry of scandals that seem to plague the White House on a daily basis, the media barely covered (beyond a brief Associated Press report) this week’s news that the House Armed Services Committee passed a new National Defense Authorization Act bill (NDAA 2014)  that includes restrictions  initiated by committee Chair Rep. Buck McKeon, R-CA., on transferring any prisoners from Guantanamo Bay to anywhere in the U.S or its territories, and to any foreign country that has a “confirmed case of any individual transferred from U.S. Naval Station, Guantanamo Bay, Cuba, to the same country or entity who engaged in terrorist activity subsequent to their transfer.” Knowing how the government fiddles with those statistics already, it shouldn’t be hard to find such ‘confirmed cases’ if they wanted to.

The bill also continues the current practice of requiring a waiver or “written certification” from the Department of Defense to congress based on “several requirements” before any prisoner can be considered for transfer to a foreign country, whether or not that prisoner has already been cleared for release. These certifications have been blamed in part for the roadblocks to getting any prisoners transferred in recent years.

The bill, which passed committee on June 5 by a 59 to 2 vote, also includes $248 million in new construction money for the Guantanamo Bay facilities, more signals of permanency for the controversial prison system.

An attempt by Democratic Rep. Adam Smith, D-WA., to strike the language regarding a prohibition on funds to transfer detainees anywhere in the U.S or its territories was thwarted along party lines, 23 to 38.

“While there are many good aspects to this legislation [NDAA], there are also portions and provisions that concern me. Specifically, this bill prevents the Administration from closing the detention facility at Guantanamo Bay, Cuba, by banning the transfer of detainees, and the construction or modification of facilities in the United States to house detainees,” Smith said in a press release before the Wednesday vote. “Republicans in Congress continue to stand in the way. It’s time to remove the restrictions.”

Not if McKeon, the biggest recipient of defense contractor contributions in the congress, has anything to do with it. It isn’t clear what the full House or the Senate will do with the NDAA once they get their hands on it, but if they pass the same restrictions on transfers, you can bet this issue will be put off for yet another year.

Already the press seems to have forgotten the 100-plus men who are hunger-striking at the prison — maybe some of them backed off when the general there assured them it was really a”hunger strike lite.” Canadian reporter Michelle Shephard weighs in:

Ah, Gitmo’s war on words. Over the years this has been an issue raised repeatedly in our reporting on Guantanamo. Do not call it a prison, journalists have been told, because it’s a “detention centre.” Do not write that there are interrogations, because in fact questioning detainees is called “reservations.” (That one was one of my favourites.) Suicides are “asymmetric warfare.”

And keeping Gitmo open is really just a “delay” in closing it, right? Forcing prisoners who have been cleared to leave is really a “protection measure,” too, I am sure. Meanwhile, the force-feeding or “enterally feeding” is taking its toll on the prisoners, some who are saying they expect to die in the island fortress that for many, has been “home” for the last 11 years.

More on the hunger strike, here.

32 thoughts on “While No One Was Looking: House GOP Voted Against GITMO Closure”