As the American people await the possible commencement of another U.S. war in the Middle East, Veronique de Rugy, senior research fellow at the Mercatus Center at George Mason University, has put together a series of charts to illustrate the uncontrollable financial cost of our other recent wars.

John Kerry’s promises that a U.S. strike on Syria would be “unbelievably small,” is about as plausible as the price tag being such, if we learn from history. 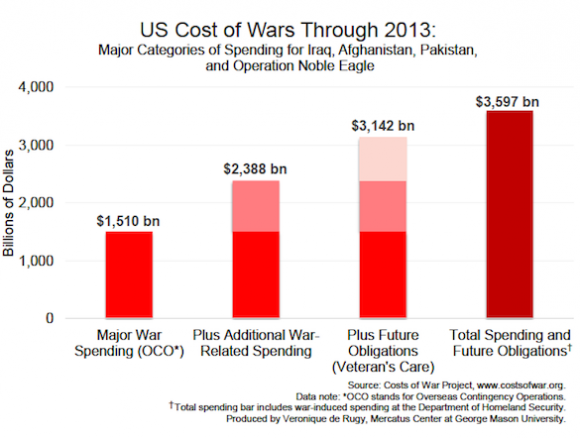 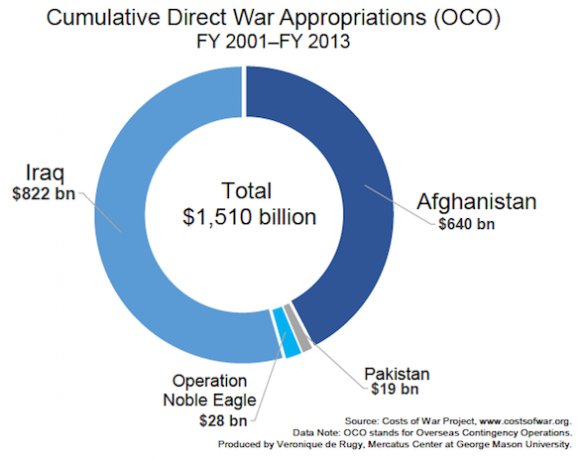 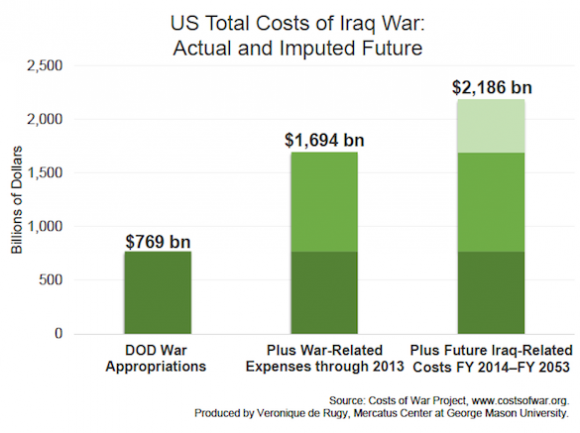 As Seth Cline of U.S. News and World Report pointed out earlier this year, “the Bush administration estimated the [Iraq] war would cost $50 to $60 billion, including the costs of reconstruction and clean up. As of 2013, the Cost of War Project estimates the war has cost $1.7 trillion—nearly 30 times the pre-war estimate.”

The Obama administration and the Congressional Budget Office haven’t scored the cost of the Syrian intervention, yet but when they do, taxpayers should take the numbers with a grain of salt. Wars always cost more than projected.

8 thoughts on “Wars Are Always More Expensive Than Officials Promise”