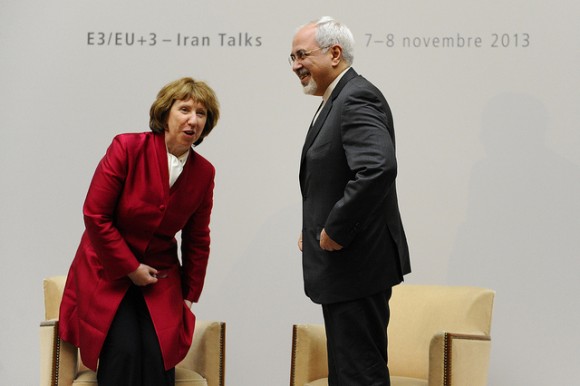 The P5+1 and Iran are in Geneva negotiating the details of a first-phase deal on Tehran’s nuclear program. In the last round of talks, France scuttled the deal all other parties had reportedly agreed upon, citing Iran’s Arak heavy water reactor as a proliferation concern.

Now, as the secretive talks hammer out the details, the Arak reactor keeps popping up as a point of contention, with hardliners demanding Iran halt all construction on the unfinished facility as part of any first-phase deal. This Reuters report is headlined: “Iran’s Arak reactor is growing nuclear concern for West.”

“The fear is that, while Iran says its nuclear programme is entirely peaceful, it might still separate the plutonium from the reactor’s irradiated fuel and use it to assemble bombs,” Reuters reports.

But the Arak reactor is a red herring, the one issue those opposed to U.S.-Iran rapprochement can grab onto and justify their obstructionism. Iran has made major concessions on its nuclear enrichment program in terms of the rate at which they enrich, and to what concentration, and the frequency of international inspections. Arak is the only thing left.

As the Reuters article points out, in order to extract the plutonium from Arak, “Iran would also need to build a reprocessing plant,” which “it has no declared plans to do.” So not only is Arak construction not scheduled to be completed until late 2014, but Iran would have to construct a whole new reprocessing plant if the Arak reactor were to be an actual proliferation threat, something that would take several years.

“Arak represents a long-term proliferation risk, not a near-term risk,” Daryll Kimball, Executive Director of the Arms Control Association, told AFP. And time is significant here because the deal being hammered out right now is only a first-phase agreement that would halt or reduce Iran’s enrichment capacity for about 6 months, when a final grand bargain is to be agreed upon.

In other words, Arak is irrelevant to these negotiations. As former Carter national security adviser Zbigniew Brzezinski, who supports negotiations, said this morning on MSNBC, the arguments against the nuclear deal are “essentially designed to either humiliate [Iran] or to drive them into negativism so that then we are forced to act militarily.”

Put another way, the harping on irrelevant issues like Arak along with demands for Iran to completely capitulate is intended to put us back on the war path with Iran. Hopefully the negotiators have the good sense to resist that.

18 thoughts on “The Red Herring in Iran Nuclear Negotiations: Arak”