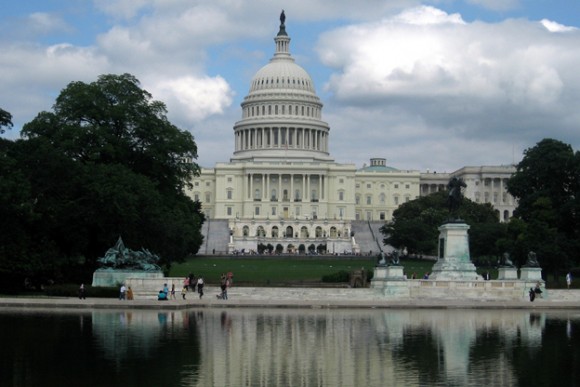 Again, military officials in the Pentagon are insisting on cutting superfluous weapons programs that are wasting billions of taxpayer dollars, but Congress refuses to cut because the defense corporations that line their campaign pockets want the money to keep coming in.

The Army is pushing ahead on a path that could result in at least partial closure of the two U.S. facilities producing these vehicles — buoyed by a new study on the state of the combat vehicle industry due for release next month.

But its plans could be derailed by a Congress unwilling to yield and an industry with a powerful lobby. They argue that letting these lines idle or close would mean letting skills and technology honed over decades go to waste.

One might be inclined to describe this as a problem; some kind of defect in the system. But this is not a glitch: this is how the system works from top to bottom.

This past summer, the armed services committees in both the House and Senate rejected Defense Department requests to shutter military installations in the United States that the Pentagon says it doesn’t want or need. The infamous F-35 Joint Strike Fighter, to take another example, is the Pentagon’s most expensive weapons program in history. Military officials have told Congress for years to scrap it, but Congress tells them to screw off.

The U.S. Air Force has a storage facility in Arizona where it keeps brand new aircraft, vehicles, and equipment worth tens of billions of dollars. They sit there in storage immediately after being delivered “because the military has no use for them.”

Veronique de Rugy, over at National Review, writes that “it’s not always Congress and the defense industry — sometimes it’s the White House that pushes back against defense cuts that the Pentagon proposes.”

In other words, politicians in Washington are serving their true constituents. Not the general electorate, but the Masters of War who “build the big guns” and “the death planes,” but who also cozy up to politicians, cash in hand.

9 thoughts on “Defense Corporations and Congress, Teaming Up to Rob You Blind”