The war in Afghanistan is ready to enter its 16th year (if it was a kid it’s be ready to start driving) and by most definitions is pretty much a bust.

Despite that, both mainstream candidates have made it clear in public statements they intend to continue pouring money – and lives – into that suppurating sore of American foreign policy. Despite that, there has been no mention of the war in two debates.

Anyway, while we worry a lot about who call who naughty names in the final presidential debate, can you check around where you live and let me know if your town could use a new hospital, all paid for by someone else’s tax dollars, you know, free to you? ‘Cause that’s the deal Afghanistan got from the USG, only even that turned into a clusterfutz when no one paid much attention to how the facility was thrown together. 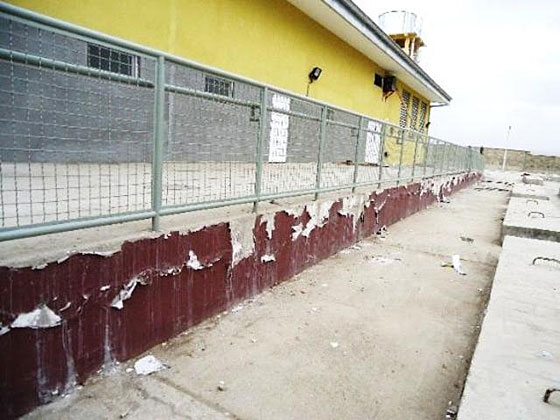 There’s a photo, above, of the actual $14.6 million hospital. Seriously.

And so again we turn to the latest reporting from the saddest people in government, the Special Inspector General for Afghan Reconstruction (SIGAR). SIGAR just slit its wrists in depression after publishing an inspection report on the $14.6 million U.S.-funded Gardez Hospital.

2 thoughts on “US Spent $14.6 Million Taxpayer Dollars on Failed Hospital in Afghanistan”