Shortly after delivering my latest column, I was asked to include a fundraising pitch.

I immediately rebelled against the idea: I had barely been able to write my column, given my physical condition, let alone anything extra.

Am I to be spared nothing?

I thought, as I struggled to catch my breath. I lay in bed trying to find a position where I wouldn’t cough incessantly, I thinking to myself: what if the fundraiser goes badly? What if … ?

And then, mercifully, sleep overtook me. I feel better this morning, and so here I am, at the same old stand, making the case for Antiwar.com.

We’ve been manning the barricades for the Peace Party online for over twenty years, fact-checking the War Party so you don’t have to, and holding up the propaganda that comes out of the "mainstream" media to the most rigorous scrutiny.

I don’t have to make the case for donating because it’s so glaringly obvious that to do so insults my readers’ intelligence.

No one else does the job we do. Nowhere else can you find the comprehensive coverage and fine-tuned fact-filled analysis of what’s happening in the world of foreign policy. And if you think that world has no effect on your life, think again – and remember the aftermath of 9/11, and the decades of war that followed.

Could it have all been avoided? Could things have turned out differently? Is there an alternative to our foreign policy of global intervention?

We ask – and answer – these questions every single day. But we can’t continue to do it without your financial support.

Last night before I put down The Star Beast and fell into dreamland I wondered to myself: "What will I write about tomorrow?" There didn’t seem to be anything especially pressing or interesting.

And, lo and behold, I was right! It was 4:30 in the morning, with most of the country asleep, but there was Trump:

"The Fake News hates me saying that they are the Enemy of the People only because they know it’s TRUE. I am providing a great service by explaining this to the American People. They purposely cause great division & distrust. They can also cause War! They are very dangerous & sick!"

Oh my goodness, how the Fake News crowd hated that one! From left to right, from Chuck Todd to Chris Wallace, how they howled and screamed in pain! Because the truth hurts. Where was Chuck Todd during the run up to the Kosovo war – in a Trappist monastery? He can’t be unaware of the catalytic role played by CNN in ginning up that conflict.

END_OF_DOCUMENT_TOKEN_TO_BE_REPLACED 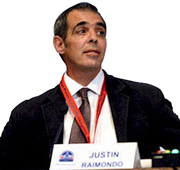 The battle for the soul of the Trump administration is already going full swing – and he isn’t even President yet.

The battle lines are being drawn over the office of Secretary of State, and anti-internationalist and non-interventionists in the Trump coalition are angry that former UN Ambassador John Bolton is even being considered. Bolton was an early supporter of the Project for a New American Century, the neoconservative outfit that brought us the Iraq war, and he’s been endorsed by National Review – a neocon mouthpiece that actively campaigned against Trump. His hostility to Russia, which he believes must be subjected to “pain,” flies in the face of Trump’s stated intention to “get along” with Russia.

Here’s how you can stop the Bolton nomination from getting off the ground. The Trump transition team is asking for input from the public. If you have a Twitter account, you can tweet your opposition to Bolton by directing your tweet at @transition2017.

Keep your message short, sweet, and to the point: “No to Bolton” will do, but get creative if you like.

From the desk of Justin Raimondo:

I’ve got just enough time to bang out this note to you before I start writing my Friday column – but I wanted to get this out a.s.a.p. because you need to be apprised of what’s happening.

The news is breaking today (8/10) that a team of Ukrainian saborteurs infiltrated Crimea and tried to do significant damage to Crimean infrastructure: their goal was to create an international incident on the eve of US elections that would put the US at loggerheads with Russia – sudden “crisis” that would call for a US military response.

Ukrainian assassins had earlier tried to murder the President of the rebel Luhansk Republic by placing a bomb under his car: he was seriously injured, but survived. Now their terrorist campaign has escalated to a new level – with frontal attacks on Russia itself.

Their goal: provoking Putin into a military response.

The scenario: right before the US election, the US and Russia face off over Ukraine.

With Hillary Clinton and her journalistic hit squad going after Trump with accusations of him being a “Russian agent,” the stage is set for a ginned up politically-motivated international “crisis” – an “October surprise” that may come well before October.

We here at Antiwar.com are on an emergency alert, working overtime to inform the American people of this dangerously escalating situation – but we need your help!

The forces that want to drag us back to the bad old days of the cold war are well-funded – and relentless. They don’t have to worry about where their funding is coming from – but we do.

We’re right in the middle of a fundraising campaign as this news of a Ukrainian provocation is breaking. That’s why I’m dropping everything to write to you, personally, to ask for your help.

Would Hillary Clinton start World War III to get elected? Do you even have to ask?

Yes, we can stop World War III before it starts – but we need your help to do it.

In peace and liberty,

I’m not telling Eric Garris I’m doing this, because I’m sure he’d object. He doesn’t take center stage on this web site very often, although without him it wouldn’t exist. He’s our webmaster, you see, and the founder of this site – and it’s his birthday tomorrow (Dec. 24). 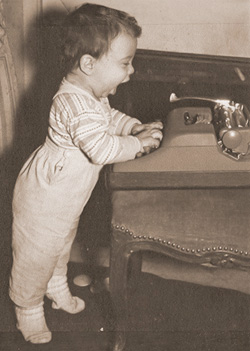 For twenty years, Eric has essentially subordinated his life to the demands of running Antiwar.com. He’s not only the webmaster, he’s the manager-par-excellence. Aside from dealing with the purely technical aspects of maintaining this web site, he raises the money, he manages an often-contentious staff, he reins me in when I go more than a bit overboard. (This last task, you might imagine, is close to being a full-time job).

When I asked him what he wanted for his birthday, he told me: “Oh, nothing. But I wish we’d raised a bit more during the fund drive.”

That’s so typical of Eric – it’s always about the web site, never about himself.

So what I decided to do was to make an appeal to please make a contribution to Antiwar.com in his name.

I can’t think of any better way to honor an activist whose dedication is the fuel that keeps this web site going. We just couldn’t continue without him.

So please, join with me in celebrating the birthday of the largely unsung hero of the antiwar movement by making your tax-deductible donation to Antiwar.com.

P.S. That photo I’ve posted is Eric at the age of three, exhibiting his enthusiasm for the written word at a very early age.

Yours in Peace and Liberty,