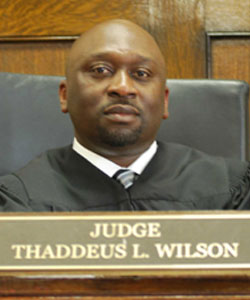 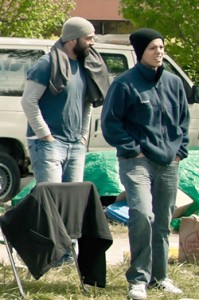 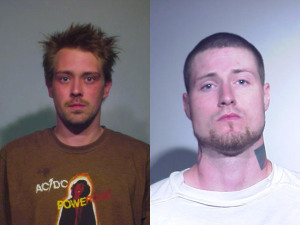 Judge Thaddeus Wilson will hand down a ruling on the constitutionality of the Illinois terrorism statute – signed into law in the weeks after the 9/11 attacks – on March 27 at 2:00 PM CST.

That announcement was made at the first oral argument at Cook County Courthouse in Chicago, IL on March 18, which I attended and reported on for TruthOut. It took place between the People’s Law Office/other attorneys representing the “NATO 3” and the State of Illinois.

The domestic terrorism case, which started in May 2012 in the days leading up to the North Atlantic Treaty Organization (NATO) Summit in Chicago, has taken many interesting twists and turns since the start of the new year.

In January, the “NATO 3” defense team lead by the People’s Law Office issued a facial challenge to the IL Terrorism Statute. That motion posited that the statute’s verbiage is overly broad and in violation of the spirit of the First Amendment and due process rights.

As covered here on Antiwar.com, two confidential informants known by the names “Mo” and “Gloves”/”Nadia” helped push the plot along and were in the apartment during a violent military-style midnight raid that saw 11 swept up and held (nine, not including them) and the three young men now known as the “NATO 3” slapped with terrorism charges and a still-standing $1.5 million bond per person. They were in-town to protest NATO’s wars abroad, a week of action culminating in a march of thousands of people across downtown Chicago and many Iraq and Afghanistan war veterans tossing away their medals.

The three have sat in Cook County Jail for ten months, the largest prison in the US and one investigated by the federal government for its shoddy conditions.

Among the more interesting things to come out of the hearing is the fact that the defense has yet to receive many of the discovery materials it has asked for, including key evidence pertaining to the facts under which its clients are being charged. Further, the State of Illinois prosecutors argued that a facial challenge isn’t credible in this situation because the State wasn’t dealing with a hypothetical, but an “imminent threat” that the broadly-written and rarely-used statute  was meant to cover to stop preemptively.

Regardless of the ruling Wilson hands down, the trial is sure to wear on for months to come, with a final trial date set for Sept. 16, a day before the two-year anniversary of Occupy Wall Street. 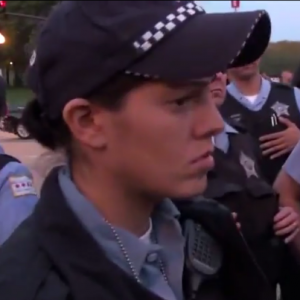 The People’s Law Office in Chicago – which is representing one of the original “NATO 3” activists preemptively arrested before the May 2012 NATO Summit and charged with conspiracy to commit an act of “domestic terrorism” – wrote an update blog post on Nov. 19 that revealed their court date has been set for Sept. 16, 2013.

This is one day before the two-year anniversary of the launch of Occupy Wall Street, which began on Sept. 17, 2011.

Michael Deutsch and Sarah Gelsomino are the attorneys at the People’s Law Office representing Brian Jacob Church, one of the original “NATO 3” turned “NATO 5.” The “NATO 3” activists’ bonds have been set at $1.5 million per person and though they have been sitting in jail for six months, their attorneys still have not received much of the information they requested as part of the “discovery” phase that takes place during the pre-trial phase.

“Thus far, through the course of the discovery phase, the prosecution has provided thousands of pages of documents and dozens of discs,” explained the People’s Law Office. “However, there are numerous items which attorneys for the three defendants have specifically requested which have not been provided. In addition, there is content from several computers and electronics seized from the raid which has been placed on a 2 terabyte hard drive. A mirror image of that hard drive has yet to be turned over to the defense counsel.”

The People’s Law Office believes the charges are “trumped-up [and] politically motivated,” with the evidence gathered and obtained by the prosecutors coming via two undercover police informant infiltrators, “Mo” and “Gloves.”

When all is said and done, the “NATO 3” will have spent roughly 16 months in prison before their trial even begins, a potential violation of the 6th Amendment’s “speedy trial” clause.