President Obama’s #apology tour keeps a-rollin’ on, am I right? No, hang on.

As unforgivable as Obama has been on foreign policy in myriad ways — and how much worse, perhaps, a Clinton or any Republican ever might be with the help of Obama’s drone precedents — there is something about him which almost looks like better than it could be. At least in certain lights. That is to say, Obama kills people, but he also occasionally appears to notice that the US has made foreign policy mistakes. This is what the hawks and right-wingers dub the apology tour, even though “sorry” never crosses the president’s lips when he’s discussing the heavy handed US response to 9/11, or admitting America’s role in the 1953 coup in Iran.

Obama is the first sitting president to visit Hiroshima. The opening act for his visit to the site of the first nuclear bomb ever dropped on human beings was Secretary of State John Kerry, who went last month. Kerry’s delicate acknowledgement that the bombing was a tragedy gave conservatives a case of indigestion. Obama’s Friday speech may make them lose their minds entirely. END_OF_DOCUMENT_TOKEN_TO_BE_REPLACED 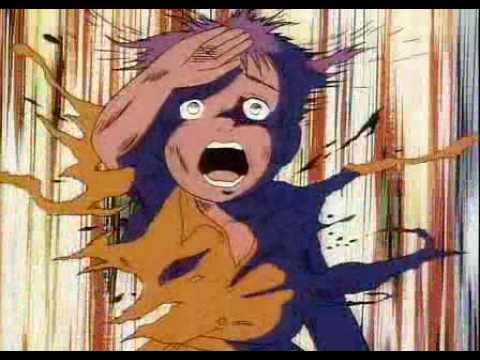 The US of A, 70 years ago today. An animated depiction of the evil that man is capable of when acting in the name of the State, inspired by the story of a man who had survived it as a boy.

To hell with placing representatives of libertarianism in the leadership of the terrorist organization that did this.

For more on the “Barefoot Gen” comic on which the film was based, see Wikipedia.

For more on war coverage in Japanese animation, including “Grave of the Fireflies” (set amid the firebombing of Japan) see my essay on Studio Ghibli.

UPDATE: This comic is 10 years old, so the little boy’s intuitive moral clarity would have been nuked and contaminated by government schooling by today’s 70th anniversary.

The farcical NPT conference drags on: the US and Israel, both nuclear powers, the former actually noncompliant, the latter not even a signatory, point their trigger fingers at Iran; Iran, with not even a nuclear power plant, complains the world doesn’t care that the US basically threatens to nuke it every couple of weeks and wants to “crush” it with sanctions with no evidence of its evil intentions. But in the midst of this pointless exercise in Western self-validation, the survivors of the only nuclear attacks ever carried out, by the United States on Japan at the end of WWII, remind us of the proven horrors of nuclear weapons.

The “Hibakusha Stories” group of Hiroshima nuclear-bomb survivors is touring high schools around New York City, and this week they visited my local high school in Bushwick, Brooklyn, to speak with 10th-grade students about their emotionally and physically painful experiences. The survivors are surprisingly unvengeful, more than anything desiring an end to nuclear weapon arsenals. But in their attitudes lies the root of all wars.

“[Survivor] Mimaki also felt the need to apologize for Japanâ€™s attack on Pearl Harbor, bowing his head to a silent audience…”

Mimaki was a toddler when his family was nuked. His parents died of cancer relatively soon after. He suffered sicknesses for years and had to be medicated. That he should feel the need to apologize for a (not altogether illegitimate) military strike that happened before he was born is a symptom of the sickness of nationalism and collectivism. The man has absolutely no responsibility and even if the attack on Pearl Harbor were an unarguable act of pure aggression, his apology should be meaningless — he didn’t do it, he didn’t support it, he wasn’t even alive.

People are not their governments, they are their government’s victims. They should not be doubly victimized by being held to account for the crimes of their own oppressors.