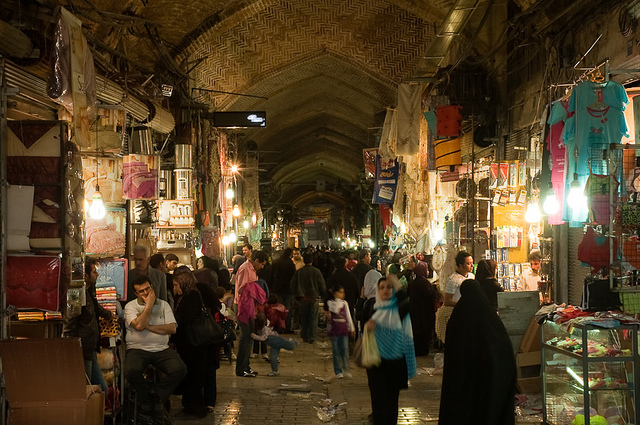 The US-led sanctions on Iran are strangling the economy: unemployment is high, inflation is rampant, prices of food and other basic necessities are becoming prohibitively expensive. Washington claims the sanctions are meant to punish and coerce the Iranian government, but it’s just making ordinary people suffer.

Well known by now is the fact that the sanctions have also had the effect of blocking much needed medicine for the sick, putting literally millions of lives at risk, according to the Charity Foundation for Special Diseases, a non-government organization in Iran supporting six million patients.

The Iranian Mothers for Peace forum sent an open letter to Mr. Ban Ki-moon, the UN Secretary General, and Dr. Margaret Chan, the Director General of the World Heath Organization to try to bring attention to the blocking of vital medicines into Iran due to harsh US-led economic sanctions. Read it below:

As you know, the illegal and inhumane actions led by the US and the EU, targeting the country and the population of Iran, with the stated intention to put pressure on the government of Iran, have intensified in the past two years and increasingly harsher sanctions are imposed almost on a monthly basis.

The regulations governing these inhumane and arbitrary sanctions are executed with such strict inflexibility that Iran is now excluded from the Society for Worldwide Interbank Financial Telecommunications (SWIFT) and the sanctions on banking transactions are preventing Iran from even purchasing its needed medical supplies and instruments.

On the other hand, to avoid suspicion for dealing with Iran, the European banks are fearful not to engage in any kind of financial transactions with Iran and, therefore, in practice, refuse any transfer of payment for medical and health-related items and raw materials needed for the production of domestic pharmaceutical drugs, even payment for well-recognized drugs for the treatment of Special Diseases, which are not of dual use.

Are you aware that while American and European soldiers’ lives in Afghanistan are being saved by Iranian anti-snake venom potions and medication, Iranian hemophilic children, cancer patients, and those suffering diabetes, under the pretext of the execution of ‘smart sanctions’, are being deprived of their lifeline medication and face death or irreversible disability?

We ask you: What could possibly be the intended target of the wealthy and powerful US and European statesmen’s ‘targeted’ and ‘smart’ sanctions but to destroy the physical and psychological health of the population through the increase of disease and disability?

We respectfully request from you and from all the relevant international bodies, especially, the World Health Organization and human rights organizations, to act according to their humanitarian and legal responsibilities, and demand the American and European countries leading sanctions on Iran to urgently create the necessary mechanism for opening financial transactions and letters of credit to facilitate the purchase of medicine for Iranian patients.

The right to health and access to medical treatment and medication is one of the fundamental human rights anywhere in the world.  Please do not allow the killing of our sick children, beloved families, and fellow Iranians from the lack of medicine, caught in instrumental policies of coercion and power.

Update: From the Cato Institute, here’s a graph showing the value of the Iranian rial hitting an all time low. 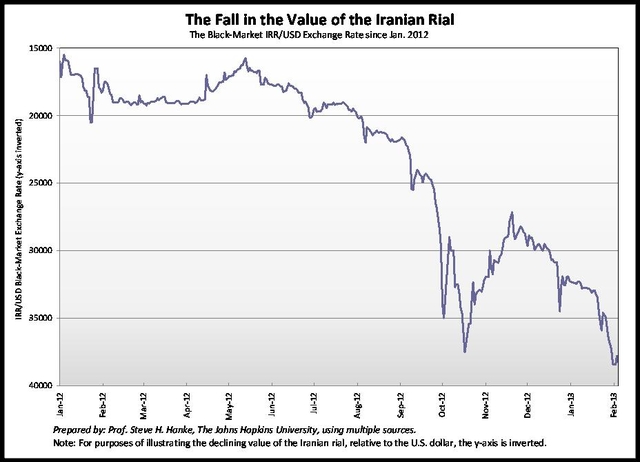 28 thoughts on “Iranian Mothers for Peace: ‘Inhumane’ Sanctions Blocking Medicine for the Sick”