The Case Against the Next War is “a concise package on foreign policy with Iran and Israel because [young activists] desired a resource to show parents and family something with integrity,” says Nick Hankoff. The 26 year old media consultant created the presentation for his local GOP group which as he noted in a brief interview with Antiwar.com, made up of new activists under 30. Click here for a media presentation which cuts through the now daily onslaught of anti-Iranian propaganda. 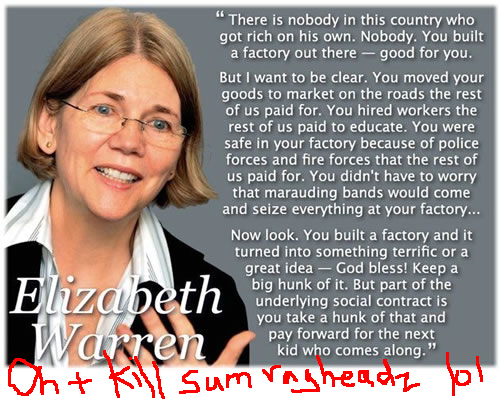 The work of the news media on this so-called “Iranian terrorist plot” has been one of the most abhorrent displays of irresponsible journalism since the lead up to the 2003 invasion of Iraq. Much of the time, the press acts simply as a bullhorn for state propaganda, but in this case it hasn’t even maintained that level of recklessness. It’s been much worse this time as journalists and pundits actively tune out important distinctions made initially by US officials, albeit in an obfuscatory and Orwellian fashion.

But then, before any other official statements by any member of the US government was made, these were the kinds of headlines we saw (via Jasmin Ramsey):

After the media riled the public into a fever pitch believing that the Iranian government attempted to conduct a terrorist plot on American soil, other US officials came out to make statements. These seemed to have lost the provisos Holder was careful to make. Clinton said the administration wants to “pre-empt” any efforts by Iran to deny responsibility. Rep. Michael McCaul (R-TX), Rep. Peter King (R-NY), Rep. Ted Poe (R-TX), and others all came out and said this constitutes an act of war against the United States. Vice President Joe Biden, revealingly, said “This is all about keeping the world united in opposition to the activities of Iran.”

So that’s that. Obfuscation and inflammatory official statements coupled with an irresponsible news media has essentially condemned Iran for orchestrating this “attack.”

But there is another important aspect of this media papering over rather important details about this plot. The “perpetrator,” this Texas resident, used car salesman, Iranian-American bum simply got punked. This would have been difficult for the US government to describe as an act of terrorism without an explosion of some sort and at least some unintended casualties. And as the FBI press release explains, it was the FBI informant who first suggested the assassination be executed with explosives and it was the FBI informant who asked multiple times how Manssor Arbabsiar (the accused) felt about civilian casualties (he initially said it was preferable for only the target to be hurt, but after the introduction of explosive he said unintended targets would be “no big deal”). Again, as I wrote in my piece yesterday, this appears to be the FBI thwarting its own terror plot than any “Iranian plot.”

The media has also done a horrible job of pointing out what is the most glaringly obvious aspect of this scandal: Iran has no discernible interest in coordinating such an act. A number of independent-minded commentators have already delved into this cui bono issue, but suffice it to say that there is no benefit whatsoever to the Iranian government to orchestrate this thing and it is completely out of character given their history. As former CIA agent Robert Baer says, the claim that the Iranian government is responsible is not credible:

I don’t think it’s credible, not the central government, there may be a rogue element behind it. This doesn’t fit their modus operandi at all. It’s completely out of character, they’re much better than this. They wouldn’t be sending money through an American bank, they wouldn’t be going to the cartels in Mexico to do this. It’s just not the way they work.

I’ve followed them for 30 years and they’re much more careful. And they always use a proxy between them and the operation, and in this case they didn’t. I mean it’s the, either they’re shooting themselves in the foot or there’s pieces of the story, I don’t know what they are.

But who does benefit? As I wrote:

These developments come days after the Iranian government proposed – again – to swap low-enriched uranium for fuel rods to use in the Tehran Research Reactor, which produces medical isotopes. The deal, abandoned by the US in 2009 after Iran agreed to it, would safeguard against fears of Iran’s nuclear enrichment being used for military purposes, despite there being no evidence for such fears.

To sweeten the deal, President Mahmoud Ahmadinejad reiterated that the Iranian government is willing to immediately stop all production of 20-percent enriched uranium if the US agrees to the deal. The US has so far turned down the renewed opportunity to ease tensions and reduce the potential for nuclear proliferation, instead using this FBI sting to push for even harsher measures against Iran.

It seems to me Iran was cooperating on the nuclear issue. In fact, just last week a former Israeli intelligence chief stated publicly that Iran was far from achieving a nuclear weapon and a military strike would not be in Israel’s interest. If we take Biden at his word, a newfangled terror plot certainly helps to isolate Iran (something the US has been working hard at ever since the 1979 revolution).

The problem here is that US military action against Iran is not so unlikely that the news media can have a free pass to amplify the war propaganda. The ominous potentiality of this actually rising to the level of military attacks is not only a flippant afterthought of many in the media, it would be their fault, to a certain extent.

See Jasmin Ramsey for some additional holes in the official story. One important example:

2) Who approached who first?

If Arbabsiar approached the agent first, how did he find them? If the FBI put Arbabsiar under surveillance for suspicious activities and then lured him into direct communication (which could have been the initial point of contact), was the FBI involved in other persuasive activities as well? Considering the loony aspects of this story which even Hillary Clinton has alluded to, is it wrong to question the sanity of Arbabsiar? Is it unfathomable that the FBI could have found a crazy and/or impressionable person who was acting on his own accord but was in some way related to elements of the Iranian government?

Update: A report in the Washington Post by Greg Miller and Julie Tate sheds some light on who Arbabsiar really is. According to House intelligence Chairman Mike Rogers (R-Mich.): “It is my belief he was recruited for this particular operation.”

Eli Clifton at Think Progress on the neoconservative push for tighter sanctions on Iran:

The announcement that 90 U.S. senators signed a letter to President Obama urging him to sanction Iran’s central bank has been described by some American officials, according to the Wall Street Journal’s Jay Solomon, as the “nuclear option” or, in the eyes of some Iranian officials, an act of war. But that hasn’t stopped some of Washington’s most outspoken Iran hawks from applauding potential legislation aimed at freezing Iran out of the global financial system.

The letter, cosponsored by Sens. Mark Kirk (R-IL) and Charles Schumer (D-NY), calls for blacklisting Bank Markazi, Iran’s central bank, and observes that, “If our allies are willing to join, we believe this step can be even more effective.”

Clifton cites people like “the Washington Post’s Jennifer Rubin and the Foundation for Defense of Democracies‘ Mark Dubowitz” as front and center in this push for “Iraq-like sanctions” on Iran. That is, they are openly advocating sanctions of the kind that directly led to the deaths of hundreds thousands of Iraqi children and up to a million Iraqis total.

What’s crazy is that they’re arguing for this mere days after admitting, as Clifton documents, that aggressive and harsh sanctions are unlikely to deter the Iranian leadership from their unsubstantiated quest for the bomb.

Despite the obvious support the prospect of attacking Iran has among many hawks in the halls of power, I honestly think most of the national security community considers it too costly and risky at the present time. I suspect these neocons recognize that resistance to some extent, and figure the next best thing is to simply strangle the Iranian economy so that the population suffers another colossal humanitarian disaster. What madness…

The Cato Institute’s Malou Innocent, writing at the National Interest‘s Skeptics blog, directs us to a Wikileaks-released diplomatic cable detailing Saudi Arabia’s plan “to build, own, and operate a pipeline that bypasses the straits of Hormuz—and hence, the Islamic Republic of Iran” with the only remaining obstacle being “Yemeni President Ali Abdullah Saleh.”

The cable reads, in part:

This makes it clear that there is probably a lot more going on under the surface in Saudi Arabia’s (and in conjunction, U.S.’s) holding of Saleh in Saudi Arabia, despite being released from the hospital (the reason for his presence there). Saleh, it seems, has been prevented from returning to Yemen to continue his rule. Both the U.S. and Saudi Arabia have been helping to prop up Saleh’s regime for years, but the U.S. has called for his resignation since widespread anti-government protests in Yemen nearly killed him. And apparently, the two regional superpowers want him out, and to control who succeeds him, for very different reasons than have been reported. The aim is to make Yemen a more obedient vassal state, not to earnestly respond to country-wide protests against Saleh’s rule.

Bypassing the Straits of Hormuz would be a strategic win for the U.S. and Saudi Arabia, further isolating Iran and ensuring more direct control of the flow of oil.