The U.S. Military, apparently eager to test a huge out-dated bomb – anacronym “MOAB” for “Mother Of All Bombs” – dropped one for the first time in the sparsely populated mountains of Afghanistan this week.

The goal was apparently to fulfill Trump’s earlier campaign promise to ~”Bomb the hell out of ISIS.”

END_OF_DOCUMENT_TOKEN_TO_BE_REPLACED

At this summer’s Freedom Fest, our Director of Operations, Angela Keaton, debated historian and archaeologist Ian Morris on his recent book War! What Is It Good For?: Conflict and the Progress of Civilization from Primates to Robots.

Morris’ general thesis is that over human history war has created larger more organized governments which made for a more peaceful society. Keaton disagrees. Antiwar.com columnist Dan Sanchez weighs in with pre-debate commentary at No, War is not the Health of Peace and Prosperity.

Take this inoculation against warmongering. Think of Madeline Albright’s “price was worth it” quote, the US blockade of Iran, and the Israeli blockade of Gaza, then watch the autobiography-based Studio Ghibli anime Grave of the Fireflies in which a 5 year old girl slowly dies of malnutrition after her mother is napalmed to death by Curtis LeMay and company during our “Good War.”

Or at least read this great 4-star review by Roger Ebert.

I was hired in 1972 by the American Jewish Committee to serve as editor of a new magazine I named Present Tense. My vague assignment was to be more “Jewish” than the well-established and influential Commentary magazine, which, while also parented by the AJC, had shifted its primary attention to more worldly interests under Norman Podhoretz, its smart and creative editor, who had abandoned his and the magazine’s traditional liberalism and moved right, very far right, into the brawling territory of U.S. foreign policy and national politics. From 1972 to 1990, when we were closed down, my office was one flight below that of Commentary.

From the very beginning Present Tense was “a sort of counter-Commentary,” as Susan Jacoby, one of our regular columnists, shrewdly noted in her illuminating book, “Half-Jew: A Daughter’s Search for Her Family’s Buried Past.” Early on, a reader wrote us that we were doomed to obscurity and worse because the further we veered left, the more we became too liberal for the AJC’s conservative donors (they also had liberal donors, equally unhappy with Commentary). Even so, we lasted for many years, sometimes taking on the Israel Lobby, disdainful of Reagan for Iran-Contra and his proxy war in Central America, while celebrating his anti-nuke huddle in Reykjavik with Gorbachev and publishing all sides of the intractable Israeli-Palestinian conflict—and I mean, all sides, including right, center and left. We also refused to forgive and forget the ugly legacy of McCarthyism and how its impact still blunted dissent in the American Jewish world, as the novelist and journalist Anne Roiphe, another of our intrepid columnists, pointed out in our final issue. END_OF_DOCUMENT_TOKEN_TO_BE_REPLACED 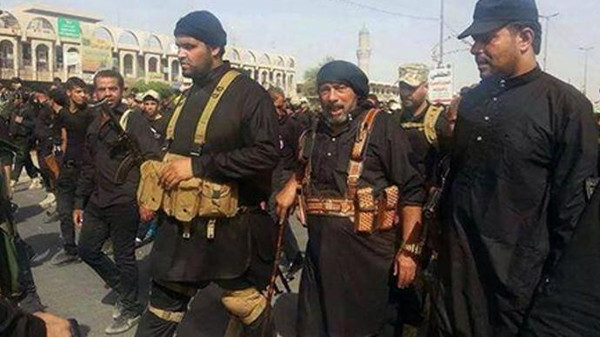 The most harrowing scene in American Sniper involves an Iraqi character nicknamed “The Butcher” torturing and executing an Iraqi child by taking a power drill to his skull. The scene lends credibility to the narrative of Chris Kyle as basically a hero facing villains. In the film, “The Butcher” is a lieutenant of Abu Musab al-Zarqawi, the Sunni insurgent, terrorist, and founder of Al Qaeda in Iraq, which later became ISIS.

However, in the Iraq of the real world, power drilling human heads is more of a predilection, not of Sunni insurgents, but of their enemies in the Shiite militias.

For one, there is the warlord Abu Deraa, nicknamed “the Shiite Zarqawi,” who according to the UK’s Sunday Times (emphasis added):

“…is thought to be responsible for the murder of thousands of civilians, mostly Sunnis, and is said to take personal delight in killing — sometimes with a bullet to the head, sometimes by driving a drill into the skulls of his victims. On other occasions, Iraqis say, he gives them a choice of being shot or battered to death with concrete building blocks.”

AQI/ISIS falsely claimed to have killed him in 2006, but after years of hiding in Iran, he recently reemerged in Baghdad once again leading a militia.

Then there is Hadi al-Amiri, head of the Iran-backed Badr Brigade. According to The Washington Post, “A leaked 2009 State Department cable said sources had indicated that Amiri may have personally ordered attacks on up to 2,000 Sunnis.” The Post continues (emphasis added):

“…in 2005 and 2006, sectarian killings in Iraq surged as Badr death squads worked under the cloak of the police force.

The 2009 State Department cable, referring to that era, said that ‘one of [Amiri’s] preferred methods of killing allegedly involved using a power drill to pierce the skulls of his adversaries.‘”

Electric Drill Amiri is now, according to the Post, effectively the head of security in Iraq:

“Iraq’s parliament voted Saturday to put an affiliate of an Iranian-backed paramilitary group in charge of a key security ministry, a move that could strike a serious blow to efforts to unite Sunnis and Shiites to wrest back their country from Islamist extremists.

The new interior minister is Mohammed Ghabban, a little-known Shiite politician with the Badr Organization. But there is little doubt that Hadi al-Amiri, head of the party and its military wing, will wield the real power in the ministry.”

Both of these Iran-sponsored real-life head-drilling “butchers” of Iraq rose to power thanks to the US invasion and occupation of Iraq, and are now commanding forces either in the US-backed Iraqi government, or under its protection, fighting alongside the US military against the now ISIS-led Sunni insurgency. At the end of the day, the American Sniper was not the enemy of the Iraqi Butchers, but their benefactor.

As radio host Scott Horton never tires reminding his listeners, the chief role of the American troops in Iraq was to fight a bloody civil war on behalf of the Shiite side and to install Iran-backed Shiite militias in power. These militias used death squads to ethnically cleanse Baghdad and other cities of Sunnis, and, as Will Grigg never tires reminding his readers, imposed a Sharia-compliant constitution over a once-secular country. This Shiite jihad was, in effect, Chris Kyle’s true mission, for which millions of American Christians now lionize him. 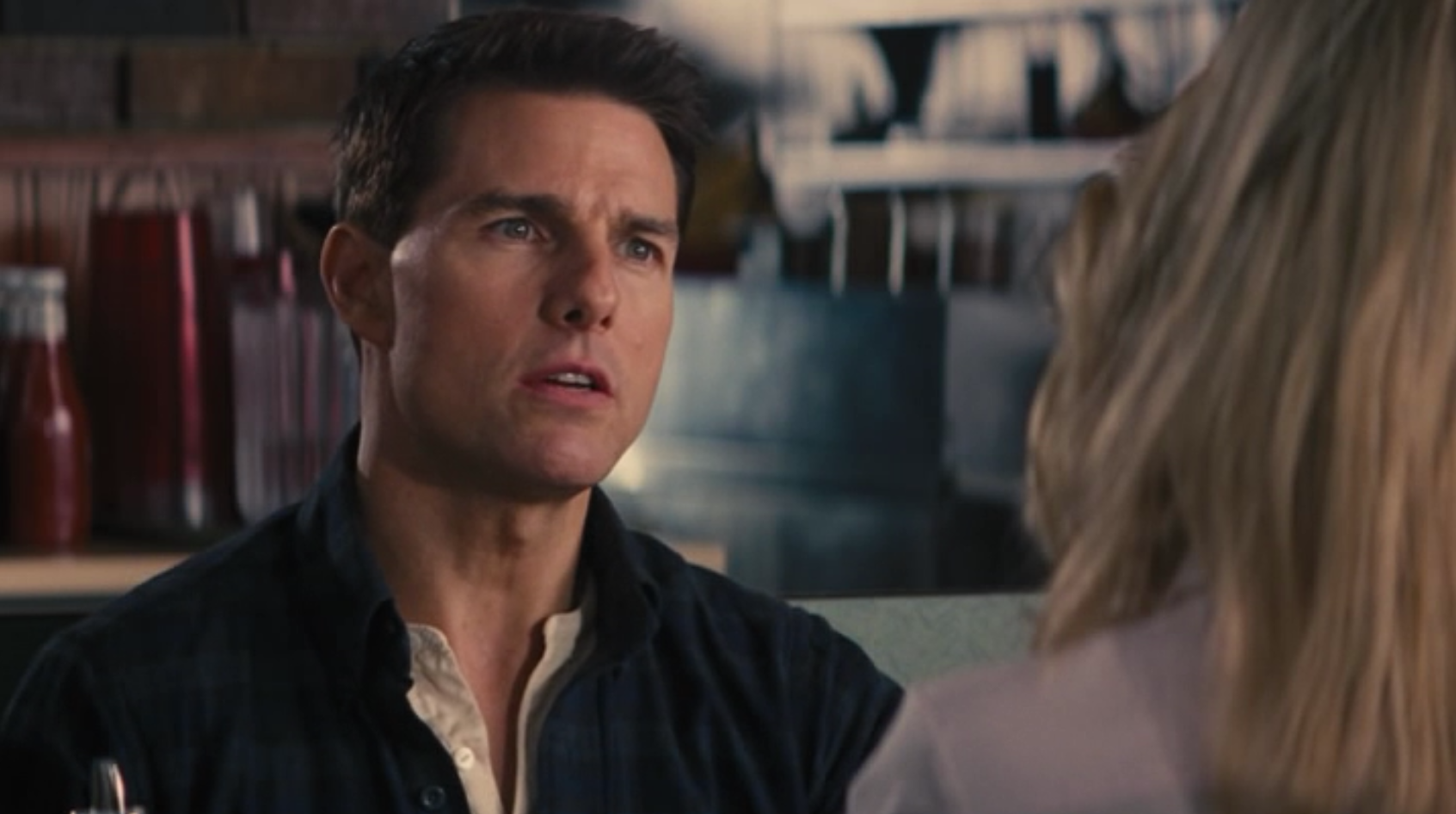 “There are four types of people who join the military. For some, it’s a family trade. Others are patriots, eager to serve. Next you have those who just need a job. Then there’s the kind who want a legal means of killing other people.”

– The title character of the 2012 movie Jack Reacher, played by Tom Cruise

As for the fourth type, Reacher was referring to another character in the film, an American sniper prosecuted for murders both in Iraq and the US.

Judging from Kyle’s own words, this character is a much more accurate portrayal of Chris Kyle’s psyche than the one created by Clint Eastwood and Bradley Cooper.

“But after you kill your enemy, you see it’s okay. You say, Great. You do it again. And again. (…) I loved what I did. I still do. If circumstances were different–if my family didn’t need me–I’d be back in a heartbeat. I’m not lying or exaggerating to say it was fun.”