The maligned Warren Harding commuted Eugene V. Debs’ prison sentence and then invited the socialist anti-war felon to join him for breakfast in the White House. Gerald Ford pardoned Nixon, who otherwise might have landed in Leavenworth. George H.W. Bush pardoned Elliott Abrams after Iran-Contra. Bill Clinton, neither moralist nor saint, pardoned the fugitive crook Marc Rich. Barack Obama, who forgave all our chicken hawks, neocons, and torture lovers who lied us into Iraq, has offered not one word of understanding about the hard choices taken by Edward Snowden and Chelsea Manning except to say he didn’t “think Mr. Snowden was a patriot” and that Manning “broke the law.” END_OF_DOCUMENT_TOKEN_TO_BE_REPLACED 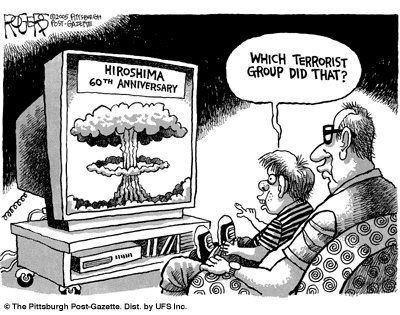 When darkness begins to fall, some curse the shadows – and others turn on the lights.

One man, a 29-year-old former spook and apparent libertarian, has stepped forward to reveal the truth about what our government is doing – and rescue our liberties from the warlords of Washington. One man had the courage to step forward and speak truth to power: in some dictionaries, that’s called “narcissism.” In mine, it’s called bravery.

Americans must send a message to Edward Snowden, one that will also be immediately noted and understood by our nervous rulers: Ed, we’ve got your back!

That’s why it’s so vitally important for you to sign the White House petition to pardon Snowden. It’s the least we can do for a man who has sacrificed everything so that Americans might be given one last chance wake up and restore the Constitution. The petition — started by an anonymous person from Rochester, New York, with the initials “P.M.” — immediately took off, with over 50,000 in the first 48 hours, but it is now stuck at around 90,000 – with until July 9th to reach a total of 100,000, and thus earn an official White House response.

Topping 100,000 – even after they raised the threshold from 25,000 – would score a huge public relations coup for the cause of civil liberties and force the White House to acknowledge the popularity of Snowden’s cause.

The success of the petition will also have a cascading effect on legislation – such as Sen. Rand Paul’s “Fourth Amendment Restoration Act of 2013” – designed to rein in Big Brother.

In peace and liberty,

It’s the sort of bureaucratic lying-by-obfuscation below which caused the U.S. to unnecessarily nuke Japan twice in three days, attack North Vietnam for an incident which Defense Sec. Robert McNamara admits “didn’t happen,” and invade Iraq based on weapons of mass destruction it didn’t have — and at least 935 other documented lies – – –

What I’ve said, and I will say today, is that the intelligence we have is they have not made the decision to proceed with the development of a nuclear weapon.  —U.S. Defense Secretary Leon PANETTA, Meet The Press, February 3, 2013

The “innies” — like Mr. Panetta for example — know perfectly well Iran’s government has no nuclear weapons program. But almost certainly because the U.S. Government often marches to Israel’s drumbeat, it’s clear Mr. Panetta is reluctant to reveal that inconvenient truth. Chuck Hagel did reveal it. Which is one reason his appointment as Defense Secretary is being held up.

TODD: Why do you believe they’re doing that?

MR. PANETTA: I think– I think the– it’s a clear indication they say they’re doing it in order to develop their own energy source. I think it is suspect that they continue to– to enrich uranium because that is dangerous, and that violates international laws… —Meet The Press, February 3, 2013

Mr. Panetta, apparently giving in to his political experience and training, is out-and-out lying. This does NOT “violate international laws” as Mr. Panetta asserts. Unlike Israel, for example, not only has Iran signed the Nuclear Non-Proliferation Treaty (NPT) — which allows the enrichment Iran is doing — but, despite Israel’s own clandestine nukes — and its intensive anti-Iran disinformation operations — Iran’s government has allowed much more stringent inspections than other NPT signatories.

And it’s no more dangerous for Iran to enrich uranium this way than for any other country which wants to produce nuclear-electric power. The U.S. for example.

TODD: And you do believe they’re probably pursuing a weapon, but you don’t– the intelligence doesn’t know what…

MR. PANETTA: I– no, I can’t tell you because– I can’t tell you they’re in fact pursuing a weapon because that’s not what intelligence says we– we– we’re– they’re doing right now. But every indication is they want to continue to increase their nuclear capability. And that’s a concern, and that’s what we’re asking them to stop doing.  —Meet The Press, February 3, 2013

So, exposed to even the feeble light of U.S. Main Stream Media, Mr. Panetta had to tell the truth. Again. So he reluctantly admits, “I can’t tell you they’re in fact pursuing a weapon because that’s not what intelligence says.” That would be all 16 official branches of the U.S. Intelligence Community, including his own C.I.A. that are telling him that — with unanimous “high confidence.”

Which is why keeping Iran from producing a nuclear weapon may be Mr. Obama’s most easily kept campaign promise.

None the less, Mr. Panetta insists that “every indication is they want to continue to increase their nuclear capability?” So, Mr. Panetta, your HUNCH is better than the carefully evolved high confidence conclusions of all 16 U.S. intelligence agencies? Really?

It’s this sort of obtuse double talk that gets politicians elected, bureaucrats like Mr. Panetta into lofty positions — and Chuck Hagel’s appointment as Defense  Secretary held up by Senators Lindsey Graham, John McCain, and the rest of Israel’s Amen Corner.

As already suggested, it’s also this sort of bureaucratic lying-by-obfuscation that caused the U.S. to unnecessarily nuke Japan twice in three days, attack North Vietnam for an incident which Defense Sec. Robert McNamara admits “didn’t happen,” and invade Iraq based on weapons of mass destruction it didn’t have — and at least 935 other documented lies.

So, will “we the people” allow our public servants to once again lie us into war? Squeak up!