Charles Goyette interviews Ron Paul for their weekly podcast on the question of U.S. intervention in Ukraine and the new U.S./IMF bailout Kiev bill, as well as the leaked phone call of Turkish officials discussing the possibility of launching a false flag attack to justify further intervention in Syria.

As often happens, one brilliant post at The American Spectator‘s blog (via Larison) led me to another. Behold:

When I arrived late at the town hall event in Meredith, he [Ron Paul] was prefacing an answer to a question about Israel by expressing admiration for Zionist principles of independence and self-reliance, going on to say, of course, that Israel shouldn’t get any US aid. (Paul, or someone on his staff, has clearly read this Jeffrey Goldberg post.)

Ah, so Paul cynically stole a talking point from Jeffrey Goldberg — who had, um, explained Paul’s position on Israel by quoting the congressman. It doesn’t get much sneakier than that.

One doesn’t have to agree with all of Ron Paul’s libertarian views to admire his principled anti-interventionism and opposition to America’s eternal wars: clearly his foreign policy positions intersect at the point where character meets ideology. In this interview with USA Today, he responds to the ever popular if-only-Paul-would-moderate-his-‘isolationism’ meme:

“His poll status has attracted fire from his Republican opponents, who have criticized his views on Iran — he opposes a U.S. strike to stop their nuclear ambitions — and Israel, which he says no longer needs U.S. foreign aid. They’ve called Paul ‘outside the mainstream’ for those and for calling for the speedy removal of U.S. troops from Afghanistan.

“Paul cares little for calls that he ‘go more moderate’ on foreign policy. He is who he is. ‘That would be the last thing I’m going to do … water down my beliefs.‘

“‘Others have argued ‘Oh yeah, if Ron Paul would just go more moderate on this foreign policy all of the sudden he would get a broader audience’ and that’s isn’t it,” he said. ‘The more I’ve been talking about what I’ve been saying for a long time, the more people we have joining us.‘”

This is the same argument I make in my Friday column on the subject of “Ron Paul and the Future of American Foreign Policy” — that Paul’s success has changed the discourse inside the GOP and the conservative movement, and transformed the political landscape. His Iowa surprise debunks the myth of a monolithic militaristic “conservatism,” which hasn’t been the case since the implosion of the Soviet empire — and really never was the case, since libertarians dissented early on from their conservative cousins’ enthusiasm for nuclear war with the commies.

What has charmed millions about Paul is his purity, and I don’t just mean ideologically. It’s his insistance on emphasizing precisely what is supposedly “controversial” about his candidacy —  because he recognizes its moral importance as well as its centrality to his own worldview. How unlike a politician can you get? 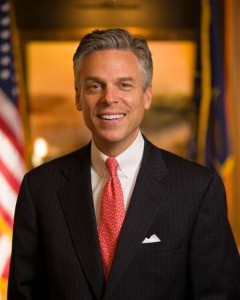 When he was recently booed by a lot of the audience in Tampa, Florida, for invoking the infamous blow-back doctrine, some of Representative and Republican presidential hopeful Ron Paul’s defenders blamed those who did the booing. Yet at least one friendly commentator made mention of the fact that Dr. Paul has a tough road to hoe because the matter of explaining how to understand anti-Western/American terrorism is not simple, not susceptible to sound bites.

Well, roads are always tough to hoe, what with all the asphalt. But what makes this particular highway so hard to cultivate?

Is it a good idea to explain 9/11 and other terrorist attacks on Western and especially American populations by reference to the fact that the West has inserted itself into many regions of the Muslim world without much popular support from those who live there? The idea is that because governments such as that of the US have indeed done this, there can be no complaint when those who live there carry out attacks on Westerners including hundreds of innocent people who had nothing at all to do with the foreign policy that perpetrated the insertions.

If you think that is the idea behind blowback — that military interventions excuse rather than help explain retaliatory attacks — then I suggest you put down the garden tools, back away from the turnpike, and go read something about the concept.

If you have some terrible sin to atone for and your hair shirt is at the cleaners, read the rest of Machan’s deep thoughts.