This Saturday, Antiwar.com editorial director Scott Horton will be giving a talk at the King County, Washington Libertarian Party convention.

Years ago, after Richard Nixon had resigned and gone into temporary exile, my boss introduced me to Sam Dash, the former Senate Watergate Committee’s chief counsel. I remember asking Dash if he thought we had heard the last of Nixon. “Never!” he answered. “He’ll always be around, with people attacking and defending him.”

First there were those devastatingly dark TV portraits, then the well-publicized David Frost interviews for which he received $600,000 according to Tim Weiner, plus an additional $2 million for his ghosted memoirs. Rick Cleveland’s well-received new play, “Five Presidents,” has our five living ex-Presidents gathering in Yorba Linda for his funeral. Gerald Ford arrives early at the Presidential Library and Museum and finds himself staring at a photo of Nixon. He then asks a Secret Service agent not to leave. “I’m not sure I want to be left alone with him,” says the accidental President who saved Nixon from time in Leavenworth. END_OF_DOCUMENT_TOKEN_TO_BE_REPLACED 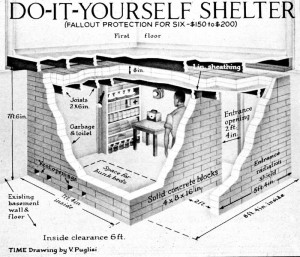 According to CBS, Russian President Dmitry Medvedev’s first six months in office have contradicted the “liberal” reputation he (apparently) had when he was first elected. Maybe it’s a shock to some that one can be “soft spoken” and never have been a KGB spook and yet still, as president, look out of the interests of one’s country. But the examples given for Medvedev’s alleged illiberalism don’t hold water.

Opposition to missile defense? Nearly everyone with a clue is opposed to the US basing a missile defense system, especially one that does not even work, in Poland and the Czech Republic. Being a liberal in either the contemporary American or the classical sense doesn’t preclude opposing US imperial ambitions, anyhow.

Criticizing the US financial system? Hasn’t everyone all the way up to our own president done so by now? Economists have been warning of a collapse for years and classical liberals have been warning about bubbles since before anyone alive on this planet was born. This is hardly a “continu[ation]” of “Cold War rhetoric” on Medvedev’s part.

Georgia. Please. I think any journalist who would like to remain credible at this point should just recognize that Georgia did indeed begin the August conflict, and not desperately reach for something, anything with which to bludgeon Russia — even for filler in a weak hit piece. Really, if all you have is that Russia “used excessive force against Georgia” — not at all an objectively measurable statement — you simply must shut up.

And then, oh no! Russia sends a warship to Venezuela. Somehow, the completely insignificant country of Venezuela has become the boogeyman not just of the right wing, but of the mainstream as well. You don’t have to be a fan of that ChÃ¡vez clown to be confused by all the wasted breath over a government with no choice but to sell Bush’s America its oil. That Russia wants to add a little luster to its rusty, crumbled image does not make Medvedev suddenly anti-liberal.

No, it’s not Medvedev’s image as a liberal that is in doubt — if it ever existed. It’s CBS’s as a significant source of original journalism. This frivolous, vacuous bit of tripe doesn’t belong on a news page. For more sophisticated analysis of Russia and its foreign (and domestic) policy, I suggest War Nerd.