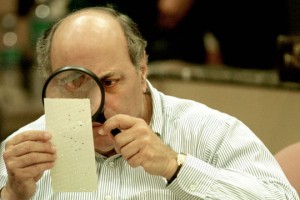 So Gore had supported seven of the eight “major” U.S. military actions of the preceding two decades. Oh, make that all eight; he must have forgotten that he supported the U.S. intervention in Lebanon too. Less than a week before the bombing that killed 241 American servicemen in Beirut, Rep. Albert Gore Jr. was the subject of a story in The New York Times. He was asked about Lebanon:

Timothy P. Carney weighs in on the “Cato purge”:

[Brink] Lindsey will be portrayed as a martyr, excommunicated for his heresies from the Right’s dogma. In this role, he joins neoconservative writer David Frum, who was driven from the American Enterprise Institute after praising Obamacare.

Lindsey and Frum followed parallel paths. In 2002 and 2003, Lindsey – contra most libertarians – prominently beat the drums for invading Iraq. Meanwhile, Frum played the conservatives’ Robespierre, trying to purge from the Right those who opposed the invasion, whom he slurred as “unpatriotic conservatives.”

Lindsey, when he admitted in 2006 that invading Iraq was a mistake, still billed himself as “extremely controversial” and open-minded in the face of dogma. Frum, today, basks in the Left’s praise as an independent thinker. But Lindsey and Frum, in backing Bush’s invasion then and supporting Obama now, were the opposite of dissidents: They consistently supported those in power who were fighting for more power.

This pattern doesn’t make Lindsey or Frum sycophants, but it undermines their claim to be dissidents.

The reason I keep banging on about Iraq War supporters â€“ including the “born-again doves” â€“ is simple: The road out of militarism and empire runs through the ruins of the Washington establishment that got us here.

First, there must be some penalty for supporting wars of aggression, even in a non-governmental role. I don’t mean a legal penalty, obviously, but shaming, shunning, boycotting, and the like. But everywhere you look, the very people who sold the Iraq War have not only not paid for their bloodthirsty idiocy, they’ve often been promoted. Second, as long as even “reformed” warmongers hold positions of influence, there’s always the danger of relapse. Clearly, the personality defects that contribute to the endorsement of monstrosities don’t go away quickly, if ever. For example, here’s one ex-Bushbot-turned-Obamaton sticking it to the White House’s critics:

Personally, Iâ€™m not satisfied with the job they [Obama & co.] are doing (unemployment is horrible, theyâ€™ve spent too much time negotiating with Republicans, the drone wars, the civil liberties issues, Lloyd Blankfein is still a free man, etc.), and think there have been some real failings and some real let-downs. But I will belly crawl over broken glass while someone pours lemon juice and rubbing alcohol on me to vote for the Democrats in November.

Note how drone wars and civil liberties fall behind “negotiating with Republicans” on this list of sins. To paraphrase Mick Jagger, could you use a lemon-squeezer, dude? I volunteer.

I could go on â€“ there are so many targets â€“ but instead, I’ll leave you with a thought experiment. Imagine that the invasion of Iraq had succeeded on the war supporters’ own terms, and the U.S. had crushed all armed resistance within a few months and set up some plausibly “pro-American” Potemkin democracy that didn’t need a foreign army to defend it from the citizenry (this requires a lot of imagination, I know). Let’s assume that the U.S. military had accomplished this by really taking the gloves off, as many war supporters urged in the days when the occupation began to implode. Thus, in our counterfactual, the Iraqi civilian casualty count is roughly the same as the actual count today, anti-American sentiment is inflamed throughout the Muslim world, and Iran is the unquestioned dominant regional power, all for a preventive war against a fabricated threat. Do you think that our born-again doves â€“ much less the dead-enders who still think the war was a good idea â€“ would have had any moral or even practical second thoughts? Or do you think they’d be doing a sack dance in the peaceniks’ faces and demanding the destruction of the next country on their list?

UPDATE: I think this sort of amends-making is a wonderful idea, but I suggest it for people who have abetted acts of mass destruction. How many prosthetic limbs could the Brinkster buy with his disposable income? Shoot, Andrew Sullivan could probably fund half a dozen orphanages across Iraq if he cut his personal expenditures back to bare subsistence levels. Let’s make this happen!

The most ominous thing about Obama in Afghanistan is that Bush at least did us the courtesy of lying about Iraq as if “we the people” actually mattered. –Serious Soundbytes